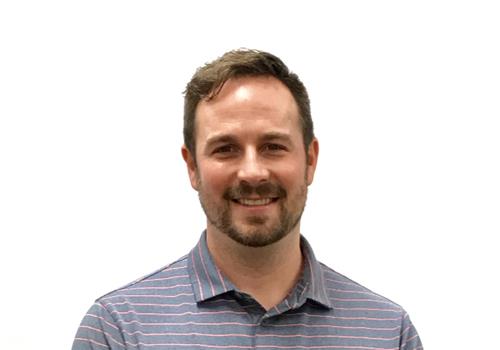 Forest Park Elementary School principal, Josh Sain, has announced he is leaving Kannapolis City Schools to take a position with the Lincoln County School System. Sain made the announcement during a staff meeting. Mr. Sain will become Lincoln County Schools’ Multi-Tiered Systems of Support (MTSS) and Academically and Intellectually Gifted Coordinator. Sain is considered an expert in MTSS, which helps to improve students’ behavior and academic achievement.

“I was born and raised in Lincoln County,” Sain said, “and I still have family there. I have loved my time in Kannapolis City Schools, and I have learned so much from my colleagues here. I will miss everyone in Kannapolis tremendously, but I am looking forward to going back home to do something that I love.”

Sain has been with Kannapolis City Schools since 2014 and has served as a Curriculum Coordinator, Assistant Principal, and Principal. He began as a Curriculum Coordinator at Shady Brook Elementary in March of 2014 and later became the school’s Assistant Principal. In April of 2017, Sain was named Principal of Forest Park Elementary and has led the school to solid academic growth each year.

Kannapolis City Schools Superintendent, Dr. Chip Buckwell, says Josh Sain will be missed in Kannapolis City Schools. “Josh Sain is a wonderful educator and a tremendous advocate for all children. He’s led Forest Park to consistent academic growth, and we will miss him. However, we know this is a great opportunity for him, and we wish him all the best in Lincoln County.”

Sain will remain in KCS until mid-January to allow time to hire his replacement. KCS is beginning the search for a new principal to lead Forest Park Elementary.