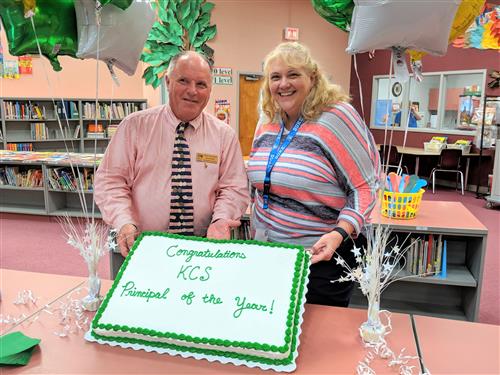 “Deana Lewis is a remarkable principal,” says Jackson Park assistant principal, Angie Miles-McClure. “She leads with kindness and a grateful heart, and she wants everyone around her to be successful. She truly feels that Jackson Park is her home, and she builds up everyone at the school. She also is the hardest worker I have ever known.”

McClure says that one of the secrets to Lewis’s success is that she is dedicated to serving every child in the school not just academically but also socially and emotionally. She said Lewis works extremely hard to bring in every community resource possible to serve students and families and make sure their needs are met. She also says Lewis shares responsibility with her staff and empowers them to be leaders and find solutions that will help children succeed. “The students and staff love her,” McClure says, “and they want to live up to her expectations, so she really makes everyone around her better.”

Superintendent, Dr. Chip Buckwell, agrees that Deana Lewis is a special leader. “The culture and atmosphere that Ms. Lewis has created at Jackson Park is just fantastic,” Buckwell says. “You can literally feel the love that she has for the school and the love that everyone in the building has for her. It’s an incredible experience to come to Jackson Park and see the success students are having. I’m really proud of Ms. Lewis, and I’m especially proud that she’s been part of Kannapolis City Schools her whole life. She’s truly an amazing educator.”

Deana Lewis graduated from A.L. Brown High School and UNC Charlotte and returned to Kannapolis City Schools as a teacher. She began her KCS career as a third grade teacher at Jackson Park and then moved to Fred L. Wilson Elementary to become that school’s Title I Reading Coach. She was promoted to Assistant Principal of Kannapolis Intermediate School in 2012.