Originally from Lumberton, NC, Lenore Thompson completed her undergraduate studies in Elementary Education at East Carolina University after receiving the prestigious North Carolina Teaching Fellows scholarship.  There Lenore earned her Bachelor of Science degree in Elementary Education. As a lifelong learner, she later earned National Board Certification in both 2001 and 2011, a Masters in School Administration from Gardner-Webb University in 2007, and a Doctorate of Education degree in Educational Leadership from Gardner-Webb University in 2020.  Lenore Thompson holds a NC K-6 teaching license, K-12 Reading license, K-12 School Administration license, Superintendent’s license and National Board Certification.

During her tenure, Lenore Thompson has been fortunate to coach and mentor countless colleagues leading them to their own successes.  Lenore has actively participated in many district initiatives and was a lead teacher for KCS Summer School for multiple years. She is an avid researcher and loves to analyze student data, designing educational environments that will promote equity and improved student outcomes.  Lenore believes that ALL students should be at the heart of educational decisions and that it is our responsibility to ensure all students have equal access to education opportunities.

She is the proud parent of her son, Charles, and a very spirited lhasa apso, Diggy. 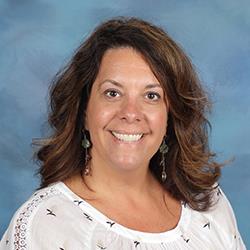 Ms. Tiesi is the Assistant Principal at Fred L Wilson. She started her teaching career with KCS in 1997. She loves to garden, travel, and spend time with her family. In her free time she enjoys being outdoors, attending her kids’ events, and reading.

Ms. Tiesi earned her Bachelor's degree of Science in Education from Oswego State University in 1996. Prior to transitioning to Fred L. Wilson, Ms. Tiesi started her career teaching at Shady Brook Elementary. She earned her Academically/Intellectually Gifted Certification in 2001. She then achieved her Master's Degree in Reading, Language and Literacy from the University of North Carolina at Charlotte in 2002.  The following year she achieved National Board Certification in the area of Generalist/Early Childhood. In 2004 Ms. Tiesi transitioned to the Instructional Coach at Shady Brook Elementary and was later promoted to Assistant Principal. In 2018 Ms. Tiesi became the Letterland Certified Coach for the district. Ms. Tiesi pursued a School Administration add-on license from Gardner Webb University. Ms. Tiesi holds a NC K-6 teaching license, K-12 Reading license, School Administration: Principal license, Academically/Intellectually Gifted License and National Board Certification.

One of Ms. Tiesi's goal is to make contributions to the educational environment that impacts all students while expressing the desire to enhance student achievement. Ms. Tiesi believes a great leader is a good listener, treats everyone with respect and has the best interest of the students and school community at the forefront of every decision.

Ms. Tiesi lives in Huntersville with her husband, three children, and dog Carley.